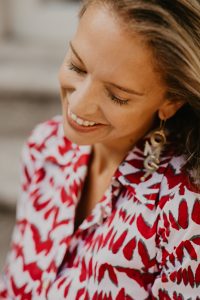 Veralovesmusic aka Vera Doppler (formerly known as Vera Böhnisch, to cut things short simply Vera :)) isn’t exactly a newcomer in the austrian music scene, but it’s been a while since she released her third and last Solo EP in 2009 („Introducing L’Enfant Terrible“, Universal).

Still, lots of things were happening during the last years such as a university degree in music management, succesful international dance anthems, musical co-writings, 2 kids, a marriage and setting up her own blooming small business „Die Macherei“ in 2014.

Her significant and powerful soul-voice that made her famous in the music scene when she was only 16, is still her unmistakable landmark. The artistic environment however is shifting towards a more sophisticated audience, also due to the many musical features, cooperations and contributions over the last couple of years. Some highlights include releases on dope noir, sunshine enterprises and G-Stone as well as contributing the #1 download song »Countryman« to the marketing-campaign for the new BMW Mini-Cooper. Sucessfull ventures into the dance scene happened when Vera teamed up with german DJ Tom Novy to write Hits such as „Thelma & Louise “ ( 2011 ) , „The right time“ (2017) , „Magic happens“ (2017)  and many more… 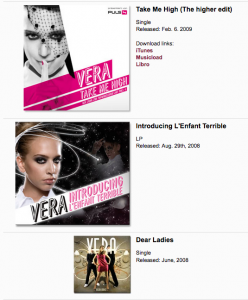 Getting more and more involved with not only writing her music but also producing it, she has been recording songs with a team of various producers for some time and also featured several live shows including Waxolutionists live-set, Stereotype, Makossa & Megablast, DephJoe, Karuan, Rodney Hunter, Tom Novy, Philipp Van Het Veldt, Christopher Groove or AlHaca Soundsystem just to name a few.

Her sound is a very kinky mixture between Pop, Urban,  Electronics, Nu-Soul as well as Breakbeat. Veras vocals is the glue that keeps it all together and therefore makes it all  catchy & highly recognisable. 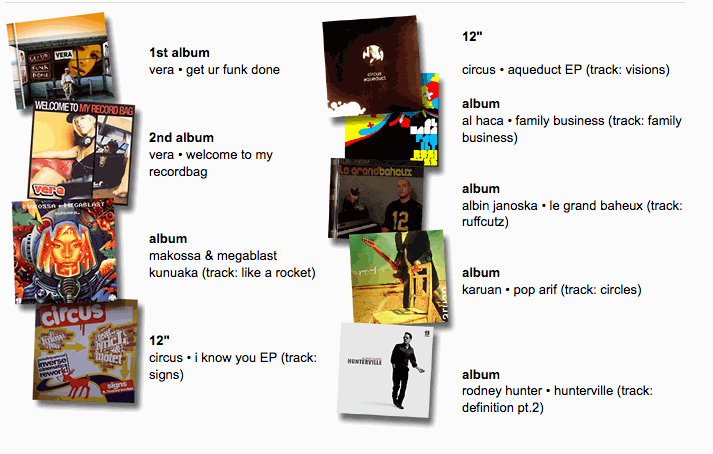