Actually it’s been a long time . Actually to some of you might say it has been forever. 😛

So here is what has been going down the last 15 years.

Some of you might still know me as 16 year old Vera Böhnisch, a little chubby, a little insecure and contestant in the very  first edition of highly succesfull  austrian primetime TV show Starmania.

It meant signing a major label deal by the sweet age of 16 before the actual ending of the show which I kept 2 albums and dozens of singles. Next to all of the above I somehow finished highshool, went to vienna, made some more music. Drifted a little into underground electronic stuff. Became part of the austrian Hiphop combo Supercity Soundsystem. Played tons of live shows. Started economic studies on a viennese university. In 2009 I won an amadeus award for best song with my single „Dear Ladies “ which I still love to date. We released another album which was kinda ahead of it’s time and no one really understood.I moved to mannheim to pursue  a university degree in music / culture management and that’s about the time most people kind of lost track of Vera Böhnisch.

But it didn’t stop there. 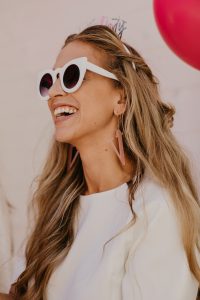 I finished my degree with short stopovers in London and Munich and started to write loads of urban dance tunes that brought me to many festivals, clubs and the likes. Somehow I didn’t really get the whole music industry anymore and ever since I’ve been around so long decided to take a step back until I figured out in what direction the whole thing is going.

Fell in love, got married, had two babies & a dachshund, founded & built up a company and didn’t really mind about music all that much. (except for that occasional concert, special highlight or boozy Karaoke ditch ). Fast forward to now.

I kind of had the feeling the story isn’t quite done yet and the last chapter is still to be told. Let’s see where my book takes me.

One thought on “It’s been a while”